The Naan dough is composed of flour, water, yogurt, and yeast, then traditionally cooked in the tandoor oven.

Naan is one of the most popular flatbreads served with South Asian food. In particular, accompanying food from the Northern Area of India, Pakistan, Afghanistan, Bangladesh, Iran, Uzbekistan, Tajizkistan, and surrounding areas.

The Naan originates from India but is today eaten in most types of South Asian restaurants and homes around the globe. It has transformed from a basic form of bread for many to experimental creations by chefs and food enthusiasts today with different fillings and flavours.

Its first recorded history can be found in the notes of the Indo-Persian poet Amir Kushrau in 1300 AD.

It was originally cooked at the Imperial Court in Delhi as naan-e-tunuk (light bread) and naan-e-tanuri (cooked in a tandoor oven). During the Mughal era in India from around 1526, Naan accompanied by keema or kebab was a popular breakfast food of the royals. 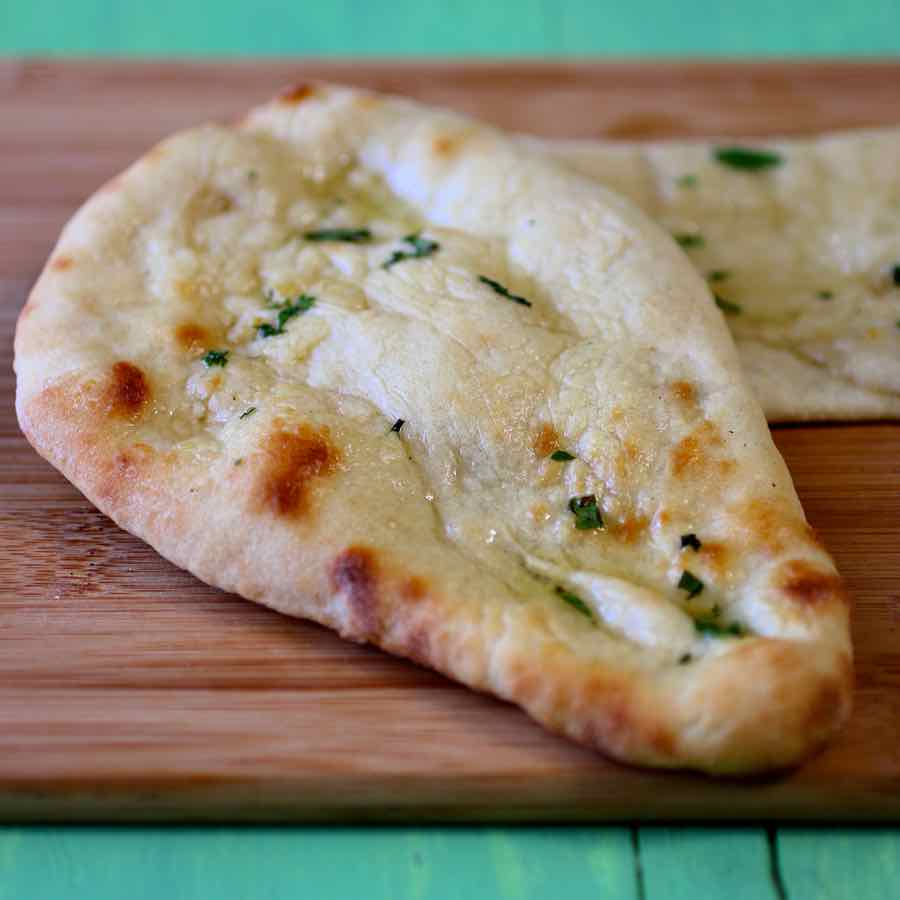